While Olympus uses an internal image stabilizer (IBIS) system in its Micro Four Thirds cameras, the Panasonic Lumix G X Vario 12-35mm f/2.8 has a built-in Optical Image Stabilizer (O.I.S.). At first it seemed that its effectiveness is not quite as good as some of the best optical stabilizers in the market (read CANIKON). In practical shooting situations during the test period, it seemed that mostly two, and sometimes three stops slower shutter speeds gave usable results when comparing them to traditional focal length / shutter speed norms. In comparison, some of the other manufacturers’ lenses can give usable results even in three-to-four stops slower than typical shutter speeds.

A clinical trial confirmed the efficiency of the stabilizer. I tested the O.I.S. by shooting a test target on a 15-inch MacBook Pro´s Retina screen with the GH2’s burst mode while the unit was hand-held. While using different shutter speeds, both with and without O.I.S., I shot about 20 jpg images without O.I.S. and 80 jpg images with O.I.S. to test each of the shutter speeds through 1/4 – 1/8 – 1/15 – 1/30 – 1/60 – 1/125 seconds at a 35mm focal length. I focused mainly on the 35 mm focal length, because longer focal lengths typically benefit most from stabilizing systems, and the effect is reduced when shorter focal lengths are employed. The test images varied, mostly because I wanted to take too many rather than too few pictures, especially with the stabilizer.

In addition, outside of the test series described above I also took photos at 12 and 25 mm focal lengths, as well as in raw and jpeg format, so the total amount of pictures generated exceeded one-thousand. I looked through the sequences of images and ranked them subjectively as usable or unusable, depending on whether the picture showed visible motion blur in Lightroom at a 1:1 zoom. Even the slightest sign of softness threw an image into the ”unusable” category.

Below: useful photographs with and without stabilizer, on each tested shutter speed

The picture series below shows an example of one image from each test series from 1/8th of a second to 1/60th of a second, with and without the stabilizer. The aim was to find the most typical representative of each of the series, so the pictures should give a realistic view about the functionality of the O.I.S. system. The last image is the original image from the last test series (with stabilizer) in full size.

Stabilizer test: 1/8th of a second

Stabilizer test: 1/15th of a second

Stabilizer test: 1/30th of a second

Stabilizer test: 1/60th of a second

<< Page 1: Robust Construction | Page 3: High picture quality across all of the apertures >> 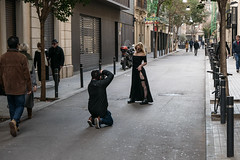 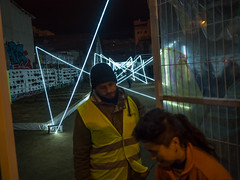 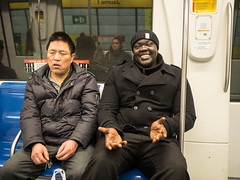 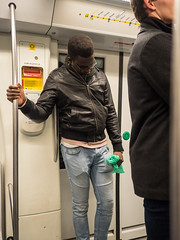 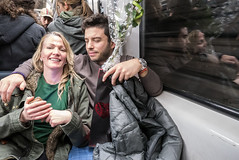